You are here: Home » Uncategorized » Template for Agreement between Advocate and Client/Litigant (for Pro Bono cases)

Below is a template for agreement regarding communication and other modalities between an Advocate (on Vakalatnama) and Client/Litigant.

The following is just an indicative template, and it is only meant for educational purpose.  Kindly do not post any comment asking for name or contact of said advocate.

Since the below template is for Pro Bono (where advocate does not charge fees to client, but do read the details regarding other legal expenses etc), the agreement template will need to be modified regarding services and expectations when it is on a paid basis.

Even if you are unable to get a written agreement like below, it is recommended to go through all the points and come up with an implied agreement preferably through communication via WhatsApp, Email, SMS as may happen over course of time in early part of relationship. 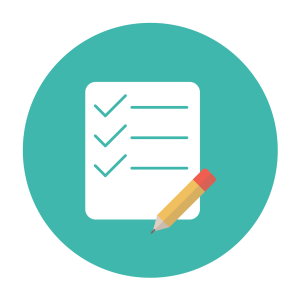 This Agreement is made and executed at Bangalore on this _____ day of ____ 2022 ( /01/2022) by and between
BETWEEN
<Name of Advocate>
Advocate
<Address of Advocate>
Mob No: < Mobile no of advocate    >
E-Mail: <email id>
Hereinafter Called As FIRST PARTY or ADVOCATE.
AND
NAME:
S/O or W/O or D/O:
Age:
Occupation:
Address:
Mobile No:
E-MAIL:
Hereinafter Called As SECOND PARTY or CLIENT.
WHEREAS, Advocacy is considered as NOBLE PROFESSION and An Advocate is considered as OFFICER OF COURT.
WHEREAS, an Advocate has a duty to the Court, duty to the client, duty towards other Advocates, duty towards opposite parties in particular and as well as duty towards the Society in general. Access to justice is one of the Fundamental rights.
WHEREAS, the First party Advocate is desirous of doing Social Service through this Noble profession and is willing to take up Court cases free of cost or on PRO BONO Basis. There will be no discrimination whatsoever on the basis of caste, creed, religion, rich, poor, male, female, Men, women etc for taking up cases on PRO BONO basis.
WHEREAS, the Second party CLIENT has requested the First Party Advocate to take up his/her case on PRO BONO basis and the First Party has agreed for the same and have decided to reduce the same into writing. Hence this agreement with the following terms and conditions.
NOW THIS AGREEMENT WITNESSES AS UNDER
The FIRST PARTY AND SEOND PARTY having agreed to the above points have set their signature as under.
FIRST PARTY                                                                   SECOND PARTY
READ:  Prosecute police for false rape case under IPC 195: Supreme Court