Following August 2021 judgment by Karnataka High Court on Principles for  deciding Interim Child Custody orders is a first of a kind since so far, since the existing guidelines on Parenting Plan being followed by a few High Courts fell short on enunciating strongly the benefit of following principle of Shared Parenting in Child Custody and Interim Child Custody arrangements – and did not give mandatory guidelines to Family Courts in deciding Interim Custody orders.  So the existing framework was more of a “Let’s follow these good ideas” without an authority of giving some broad mandatory principles to be followed by Family Courts. 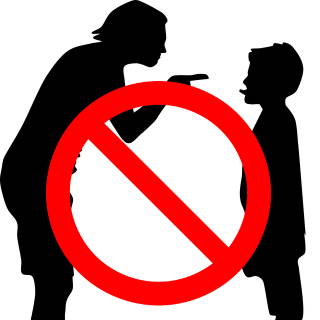 The judgment also mentions the Karnataka HC Division Bench judgment (Savitha Seetharam vs Rajiv Vijayasarathy Rathnam-September 2020) which had laid down principle of Shared Parenting (again a first judgment of its kind by a High Court).

PDF of the judgment can be downloaded by clicking this link: Jyoti Priya Vs Paul Goodwin-Family-Court-Guidelines-Interim-Custody-Shared-Parenting-20210809-Karnataka-HC-August-2021(Download PDF)

The broad principles for deciding Interim Custody orders from the judgment are as follows:

12. The following legal principles have been enunciated in various cases before the Apex Court and other High Courts and shall serve as guidelines for interim custody orders by the family courts:

The judgment then covers reasons and rationale behind laying down the above four principles.  They must be read by anyone who has not read various important Supreme Court’s and High Courts’ Child Custody judgments.  All important SC and HC precedents have also been mentioned in the judgment.

A brief impact of the above four principles is given below, along with further reading recommendations.

Principle 1: This is most important principle because it will make it difficult to continue with the ‘tradition’ of taking long time to decide on interim custody and visitation orders.  Also, it is against the view followed some times that child is best left alone with custodial parent – mostly the mother, UNLESS, the non-custodial parent (mostly father) first makes efforts to move heaven and earth to get some interim custody order.

Principle 2: This is reiteration of principle of Welfare of Child.  This also means that any other commonly held traditional but mythical notions about child custody like  “child less than 5 years or 7 years will be solely left with the mother”, or that “father is natural guardian of child”, are without any legal or judicial basis – because they have been overturned umpteen number of times in various SC and HC precedents which have stated Welfare of Child as the paramount principle and not statutory or personal laws.  This also means that convenient traditional excuses e.g. “father of child is facing an IPC 498A case or DV case filed by wife, so interim custody can’t be given to him” are against this guideline.  People can read Karnataka HC Division Bench judgment (Savitha Seetharam vs Rajiv Vijayasarathy Rathnam-September 2020) as a crash course on these principles, and also the Child Custody book for fathers (download PDF) for reading the most important judgments by SC and HC.

Principle 3: This will mainly help non-custodial fathers who practically speaking are often treated as devoid of any positive influence on child, and being able to get even access of few hours a month with child is often an uphill task.

Principle 4: This is again in line with first principle and with general principle of Welfare of Child, that a child’s welfare lies in having reasonable access with both parents.

The most important point is the use of word “shall” and not “may” – which means these guidelines are mandatory for Family Courts in Karnataka to follow.

12. The following legal principles have been enunciated in various cases before the Apex Court and other High Courts and shall serve as guidelines for interim custody orders by the family courts:

So this most important point means that the wide discretion with which family courts used to decide operate has been curtailed to the extent that they have to operate within these guidelines from now on – and it is up to the litigant and his/her advocate to bring these guidelines to the notice of the Family Court.

The judgment can also be used by people in other states as a persuasive judgment.