You are here: Home » Fix the System » Are IPS officers losing faith in law with regards to matrimonial cases?

An RTI was filed on Ministry of Home Affairs (MHA) last year regarding suicide of an IPS officer allegedly due to matrimonial issues.  (An earlier RTI to UPSC resulted in forwarding of RTI to DoP&T presumably because they did not have the information).  The brief news of suicide is as follows: The text of RTI is given below, which gives the context of RTI, before the information asked:

With reference to news below about suicide of an IPS Officer in 2018 (PDF of news is also attached as Supporting document):

1. Any studies/records/discussions/documents within MHA (Ministry of Home Affairs) as regards to sufficiency of current selection and training of IPS candidates to ascertain their fitness (physical, mental, emotional, psychological etc) for the role.

2. Any studies/records/discussions/documents within MHA as regards to need for better selection/filtering/training of IPS officer candidates to prepare them for balancing personal life issues esp matrimonial related along with their professional duties.

3. Any studies/records/discussions/documents within MHA as regards to need for access to psychological counselling by IPS candidates and officers.

In lieu of speed post/postal reply, the information in RTI may alternatively be sent to my email id:

IPS (and IAS) candidates are selected after a rigorous process.  It can safely be assumed that the people who get selected are not only intellectually highly competent, but also mentally strong because getting through such a rigorous selection process where thousands are competing will not possible otherwise.  The idea behind the RTI is to find out if there is any recognition of the fact that matrimonial issues or false matrimonial cases have the potential to push civil services officers to suicide, since there was report of an IAS officer Mukesh Pandey’s suicide too in August 2017 due to marital issues (where he left a video suicide note too), followed by this particular case of an IPS officer’s suicide in September 2018.

After receiving many (about 30-40) replies with NIL information from various departments of MHA, finally the reply to above RTI was received from Sardar Vallabhbhai Patel National Police Academy, Hyderabad which is the training academy for newly recruited candidates selected to become IPS officers. 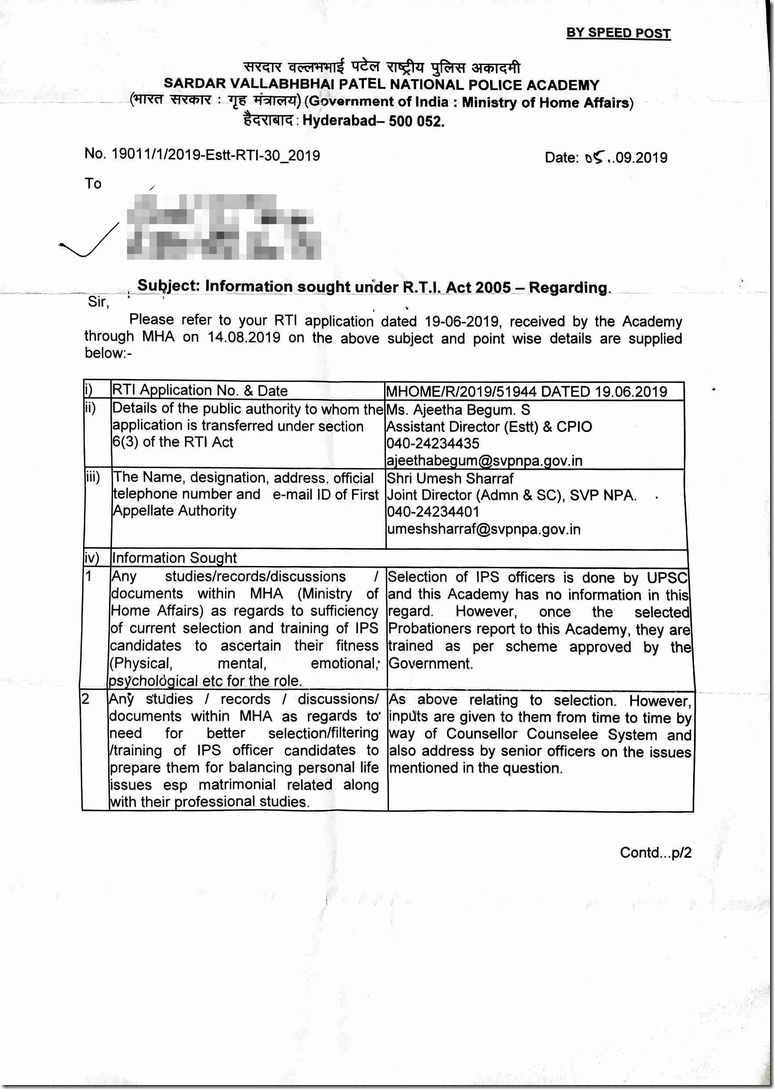 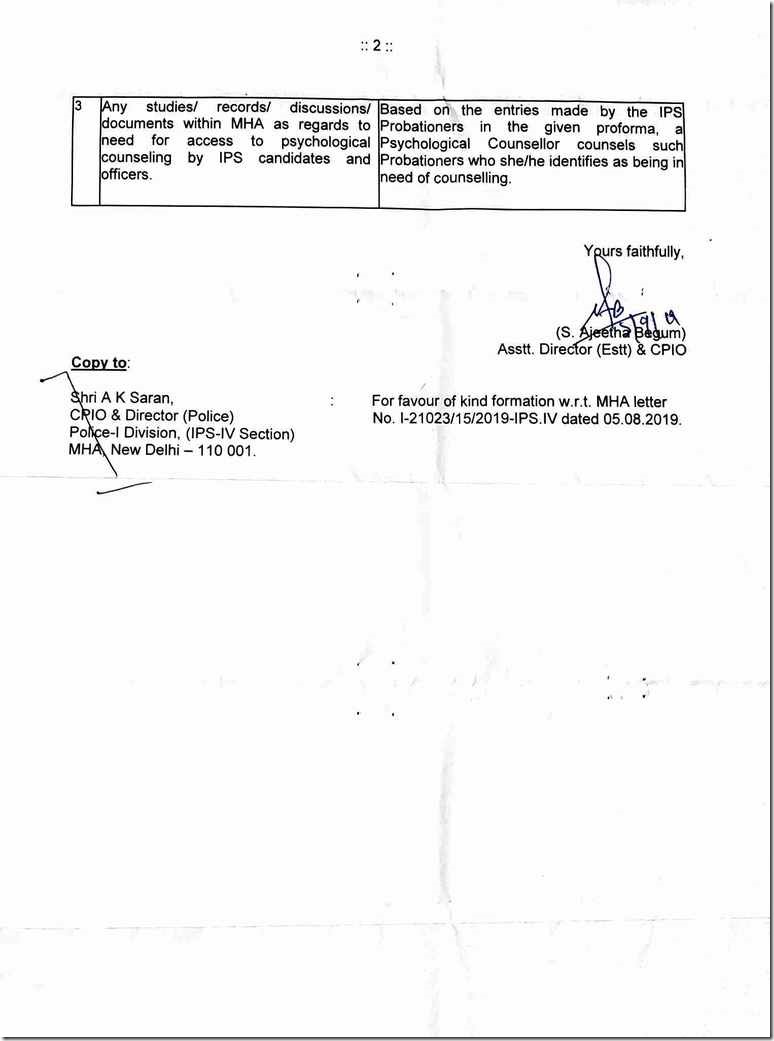 As per above reply, the crucial question regarding sufficiency of current selection and training of IPS candidates to ascertain their fitness (physical, mental, emotional, psychological etc) for the role has not been answered by either UPSC or MHA, because when the RTI sent to UPSC initially, they had washed off their hands by transferring the RTI to DoP&T on 01/05/2019 and stating that the RTI is deemed disposed off by them.  When a department forwards an RTI to another, it basically means that they state that they do not have the information and another department to which it has been forwarded might have it.

Subsequently similar RTI was sent to MHA (above) and finally replied to by Sardar Vallabhbhai Patel National Police Academy.  Now their reply to point 1 in RTI suggests that this information is under domain of UPSC.  Readers can draw their own conclusions as to how prepared the authorities are about in confronting uncomfortable questions about their selection and training procedures of IPS officers.

READ:  RTI to bring accountability of Police Investigation Officers (IO) and State Public Prosecutors based on Supreme Court judgment in State Of Gujarat vs Kishanbhai, 2014

One conclusion that can be drawn from above is that as of now, the environment within IPS is such that they themselves do not have faith in the legal system to be able to protect them from false matrimonial cases should these happen.  Else there should be no reason for any IPS officer to commit suicide since they will be well versed with criminal law, and will understand their rights as accused, principle of innocent until proven guilty, process of court trial, and so on.  As regards the argument that this is a one-off case and no general conclusion can be made, I can only say that if the ratio of selected to appearing UPSC civil services candidates is taken into consideration, combined with the rigour of selection – it can be argued that probability of an IAS officer’s suicide followed by an IPS officer’s suicide in following year, both allegedly due to marital issues, will be extremely low.  People with background in statistics and probability can do the calculations and report their conclusions about how likely is the possibility of such a scenario.

Further, there was recent news of dispute regarding access to children between an IPS husband vs his IPS wife where it led to a scenario that the husband had to sit in a dharna outside his wife’s residence. 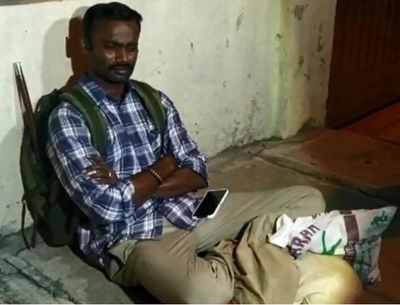 An IPS officer on Sunday staged a sit-in protest outside the Vasanth Nagar residence of his former wife, also an IPS officer, after he alleged that she was not allowing him to meet their children.

IPS Arun Rangarajan, currently the superintendent of police in Kalaburagi police’s Internal Security Division, sat on a footpath outside his ex-wife’s home on Sunday evening. He accused his wife, a DCP rank officer, of not letting him see their two children.

Above scenario also indicates that even IPS officers are not having much hope in getting justice by going through normal course of sorting disputes via courts and legal processes.