You are here: Home » You think feminism made US women happy? Data says just opposite

From a working paper published under aegis of Federal Reserve Bank of San Francisco, the happiness level of US women has been declining since 1970 to this date.  The abstract of the article is given below:

See graphic from page 35 of paper below: 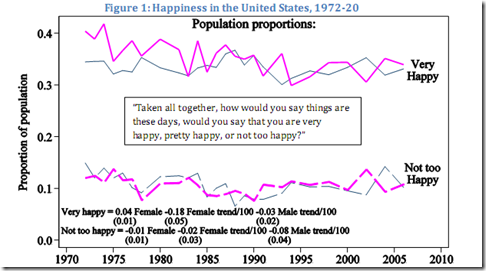 Overall women do not seem to be doing worse than men, however the positive gap they had in happiness over men in 1970s has been closed in subsequent years.

Another poll graphic on page 36 paints a similar picture: 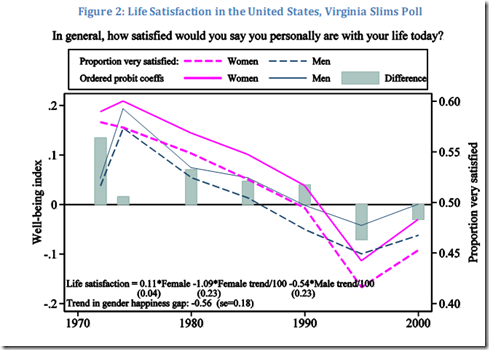 According to above life satisfaction survey, women were more satisfied than men before 1990 and less so after 1990.

Most convincing is results for US 12th graders as given in graphic on page 37 of paper: 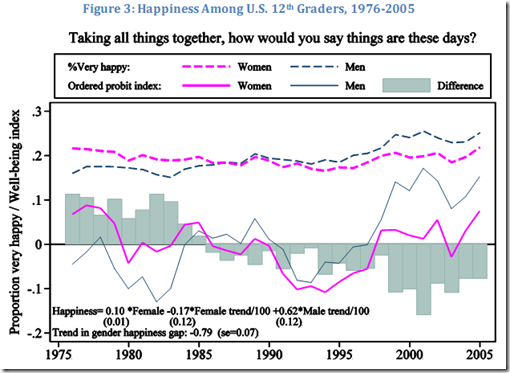 It clearly says that among US 12th graders, men overtook women in happiness/ well-being index around 1985 and have been happier ever since.

So will the feminists speak up what exactly they have been doing for women’s happiness during last 30-40 years?

READ:  70% of all BJP MPs are opposed to Women Reservation Bill